Municipalities must be recognized and given standing

When Ontario Premier Doug Ford slashed the size of Toronto City Council in half, in the middle of the 2018 municipal election campaign, it showed the extent to which capitalist governments are willing to go in order to strengthen corporate control over municipal decision making. Ford and the Conservatives were so intent on attacking local democracy that they threatened to use the notwithstanding clause in the Constitution to impose the changes, if the legislation was overruled through court challenges.

When the Supreme Court of Canada upheld the Conservatives’ law, in its split ruling of October 1, it showed the degree to which the working class need to struggle in order to defend and expand local democracy. By declaring that municipalities have no basis in the Constitution and are mere creatures of provincial governments – creatures that can be created, changed, merged or dissolved according to political whim – the Supreme Court has clearly signalled the urgent need for democratic constitutional change.

Over 80 percent of the population in Canada lives in urban areas, and more than one-third lives in the three largest cities of Toronto, Montreal and Vancouver. It is profoundly undemocratic that this reality remains unreflected in the country’s legal infrastructure.

Municipalities must be recognized and given status in the Constitution. This would enable them to secure the necessary statutory federal and provincial funding – or, failing that, the necessary taxation powers – to serve the needs of their populations.

The lack of status has facilitated the implementation of neoliberal austerity measures by right-wing provincial and federal governments. When the Conservative government of Mike Harris dissolved six Metropolitan Toronto municipalities and forced their amalgamation into the City of Toronto in 1998, it did so in large part to expedite its massive multi-billion-dollar downloading of provincial services onto the city. Harris used this same approach in hundreds of cities and towns across the province, reducing 815 municipalities to a mere 447 – in the process, the provincial government overrode and weakened local democracy in order to download the costs of a huge range of services including roads, housing, welfare and public health.

Doug Ford’s motives are no different than those of Mike Harris. Large cities like Toronto represent a concentration of the forces of production – labour and capital – and are therefore a key battleground in the class struggle. Managing cities, by limiting the people’s ability to implement progressive policies, is critical to the reproduction of capitalism.

As the Communist Party of Canada stated in 2018 when Ford first implemented Bill 5, the Better Local Government Act, “it is clear that the working class cannot count on either the government or the Constitution to be on its side – that is, to defend democracy, to defend the public interest, and to be accountable. It is another indication that the working class must build an escalating struggle to defend and extend its rights – through mass mobilizations, petitions, protests, defiance, and the kind of civil disobedience that protestors at the Ontario Legislature showed over the passage of Bill 5.

The Communist Party calls on the labour movement in Ontario to lead such a struggle, to build a People’s Coalition that can fight for democratic constitutional change, put curbs on corporate power, advance and win progressive reforms for working people, and open the door for more fundamental change and socialism. 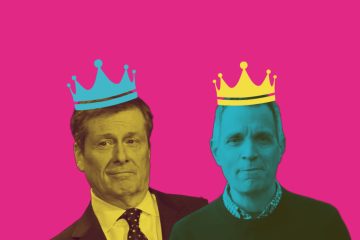 The Ontario government’s recently tabled Bill 39, The Better Municipal Government Act is a sweeping attack on local democracy in the direct service of private corporate developers. It is a cynical use of the housing crisis to Read more… 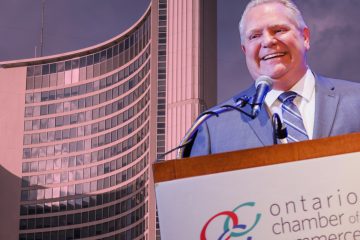