The re-election of the Ford government is an immediate call to action for labour and people’s movements. The Conservatives will no doubt continue their attacks on living standards, health, education and the environment, but the popular vote shows the support base for this government is quite narrow. A fightback in our workplaces and the streets can develop quickly.

The new majority government will continue to privatize healthcare, including allowing private surgeries and expanding private long-term care homes which were so deadly during the first and second waves of the ongoing pandemic. We can expect more cuts to education and efforts to raise class sizes. Attacks on Indigenous sovereignty are already occurring in the North through the Ring of Fire development. They will continue to legislate poverty with below liveable rates for disability, social assistance and the minimum wage. In addition, they will announce new lower tax rates for corporations and the wealthy along with continued handouts and subsidies to business – a theme of the first Ford government. The government will continue to be intimately connected to and represent the interests of the worst profiteers and creators of the housing crisis including large corporate landlords and developers, leading to new attempts to raise rents and increase homelessness. However, the government’s success at enacting this agenda can be hampered by united and mobilized labour and people’s movements.

While there is no denying the real danger posed by another Conservative majority, there are hopeful signs from the results of the election as well. The objective base for a fightback against this government is very broad. Only 17% of eligible voters cast a vote for the Ford government with the majority voting against him. The Conservatives received 400,000 fewer votes this election than in 2018, while almost two million less Ontarians decided not to vote. This is the lowest voter turnout in Ontario’s history at 43%, around 5% lower than the previous record set in 2011. Working people are struggling and, for the moment, doubt that the situation will improve through parliamentary change.

The majority of eligible voters opting to stay home demonstrates the very limited vision of electoralist “solutions” such as strategic voting or the merging of liberal and social democratic parties to block the Conservatives. If the goal is to stop the corporate agenda, the only way forward is broad, mass mobilization for fundamental change.

The people of Ontario didn’t “get the government they deserve”.  This certainly isn’t the case for the working class. Ford was handed a re-election by big business who are united firmly behind him, aided by an ineffective opposition whose weak reformist proposals and narrow electoralist strategies failed to garner support. The unity of big business behind the more aggressive Conservative agenda in Ontario can be seen in the massive fundraising dollars that have gone into the party in the last four years, as well as in the corporate media which refused to seriously challenge the record of the Ford government in the lead up to the election. The common refrain in the media that “Ford has learned and evolved” during his time as Premier may or may not be true in terms of appearance and rhetoric. However, the class nature of his government and their corporate agenda to drive down wages and expand exploitation of workers and the environment has not changed. It is telling that the Globe and Mail, one of corporate Canada’s leading media outlets, published an article the day after the election arguing that austerity policies would likely be necessary in Ontario. We can expect more budgets like the brutal austerity budget of 2019 under a Ford government, especially as the capitalist economic crisis worsens, risking an acute financial crisis.

The failure of the Liberal Party in Ontario to regain support also demonstrates that big business is remarkably united behind Ford and hasn’t found a need to rehabilitate the other party that often represents the interests of large sections of capital.

The Ontario NDP’s losses, mostly to the Conservatives, were brought about by a narrow electoralist strategy which they advanced as the official opposition. Their “play-it-safe government-in-waiting” approach cut them off from opposition to Ford on the streets, and even worse, often held back the fightback from labour and people’s movements. The party’s social democratic outlook has always been opposed to a clear break with capitalism, but has increasingly tried to woo sections of business. The ONDP, still the official opposition, will have to change more than a new leader if it is going to play a significant role in challenging the corporate agenda. Labour and people’s movements cannot afford to outsource politics to the ONDP or any other party. Independent labour political action is needed now more than ever.

Another reason for optimism in the possibility of a growing fightback is the warm reception our twelve Communist election campaigns received. They popularized our People’s Alternative for Ontario, policies that can raise wages and living standards, take action to combat the climate and health crises and expand health, education, democracy and equality. Our policies to roll-back rent and build social housing found particular resonance and campaigns also collected petition signatures and contacts for our “Housing for People – Not Profit” campaign. Bold policies like these, which put people’s needs before corporate profits, can inspire the escalating action necessary to defeat the renewed corporate attack from the Ford government.

The Communist election campaign reached tens of thousands of doorsteps. Rallies and events were held in cities across the province. Our Party gained hundreds of new contacts and membership inquiries. The campaign consolidated recent growth and continued to build the Communist Party and the movement for socialism with our vote count growing despite record low voter turnout.

A mass, united and escalating fightback is immediately necessary to defeat Ford and win fundamental change. We cannot wait for the next attack from the Ford government to respond. The desperate situation for the working class is already taking and destroying lives.

There are struggles on which we can build and unite. This includes the Ontario Health Coalition’s active and very visible campaign against privatization and healthcare workers struggling for public health measures to contain the pandemic such as paid sick days. Indigenous land and water defenders, like the reclamation effort at 1492 Land Back Lane, have inspired widespread solidarity. Anti-racist struggles to stop racist police murders and brutality continue. Teachers and education workers won the solidarity of parents and the public in their strikes against Lecce and Ford in 2019 and 2020 and they are in bargaining again this summer. It is necessary and possible to build and unite, especially if labour leads the way. Now is the time to build labour-community coalitions at the labour council and federation level through escalating united action.

Mass pressure forced Ford to back down on several occasions during his first term. Large mobilizations by Franco-Ontarians stopped cuts to French language services and brought back the plan to build Ontario’s only French language university. All governments are vulnerable to mass mobilization, including the Ford government.

We need immediate action to stop the privatization of healthcare and build solidarity with education workers and teachers. We need to continue to build mass pressure to raise the minimum wage to a liveable level, lower rent and bring in price controls for food and fuel. We need a mass struggle for immediate climate action including the necessity of public ownership of energy and ending fossil fuel dependency while guaranteeing jobs for displaced carbon industry workers, as well as strengthening the fight against the Ring of Fire development and Highway 413. In all these areas and more the Ford government is vulnerable. We need to build a united movement from these struggles to win far-reaching economic, social and political reforms to strengthen the working-class struggle and open the door to socialism. 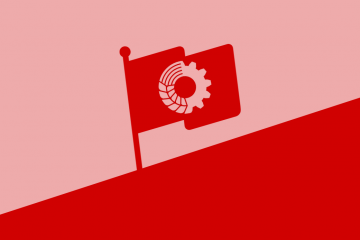