Since our last update in October, the Ontario government’s failure to address the second wave of the pandemic has resulted in further preventable tragedies. Fundamentally, Ford’s failure is a result of his government consistently siding with corporate interests whenever they conflict with human health.

Ford reluctantly announced a province-wide lockdown for Boxing Day, allowing residents to complete their holiday preparations that quickly resulted in the intensification of community spread. Long-term care (LTC) residents are dying at an alarming rate, with cases and deaths increasing daily and the vaccination plan woefully inadequate. Schools and daycares are shut once again, and parents are forced to juggle the new responsibilities of on-line learning while working from home or forced to give up their jobs due to the lack of childcare and school options. Workplace outbreaks are on the rise and now account for the second-highest number of cases behind care settings. Homeless residents are in constant danger of losing their temporary shelters in encampments which are being destroyed by the police. The Landlord and Tenant Board continues to issue eviction notices. And what has the Ford government done to address the situation? The Premier and his various ministers hold inane press conferences mouthing empty promises instead of announcing concrete measures to address the crisis. He repeats (now in twenty-two languages!) the order to “stay at home,” trying to shift the blame on to individual residents’ personal responsibilities. His government has resisted the mounting pressure to enact paid sick leave as the best way to reduce community spread and gain control over the virus. He has refused to acknowledge that there is a staffing crisis in LTC homes as the number of cases during the second wave overtake those from the first. As cases soar and dead bodies accumulate, nothing breaks the Tories’ devotion to their corporate interests.

Despite the assurances from the Ford government that they would put an ‘iron-ring’ around LTC homes to protect these seniors, over 1400 long-term care residents have died since the end of September. There are over 1500 new confirmed active cases in LTC residents, up from one case on September 1. In a recent report from the science table advising the Premier, for-profit homes ‘had outbreaks with nearly twice as many residents infected . . . and 78% more resident deaths compared to non-profit homes.” The same report calls on the government to enact paid sick leave and more full-time jobs for workers to limit the use of temporary staff.

Amidst the carnage and death in LTC homes, the Province has only been able to vaccinate 48% of its LTC residents by the middle of January. The appearance of the new more virulent UK strain in a home in Barrie has resulted in all but two of 129 residents and 86 staff becoming infected, with 45 people now dead. The Province’s science table reported that 1600 cases and 305 deaths could have been averted if there had been a quicker vaccine rollout to these most vulnerable residents. And now vaccines are in short supply. The Province’s lack of a vaccination plan and systematic follow up is an abject, and tragic failure.

In the education sector, the Province chose to close schools again after the holiday instead of providing the resources needed to reduce class size, hire more teachers, and provide comprehensive testing, tracking and support. Immediately after schools opened in September, demand for COVID testing spiked and wait time for tests and results sky-rocketed. In order to reduce the testing backlog of over 80,000, screening requirements for students were watered down in October – students with runny noses and other short-lived symptoms could return to class without a test. This move was not in line with scientific guidance. In January, the Province reverted back to its more stringent guidelines – that any student with any symptoms stay at home and not return until they tested negative. Schools in the hardest hit areas of Ontario remain closed, while others have opened. The burden on women, still predominantly the main caregivers, has been astronomical. Those who can’t work from home have had to take a leave of absence or quit their jobs in order to look after their children. Many of those who can work from home have faced additional pressures of home-schooling while working. Children’s screen time has escalated sharply, with negative results and there are still those families who don’t have the technological resources to accommodate in-home learning. Few working-class families have escaped the increasingly stressful conditions of coping with school closures.

Workplace outbreaks have increased dramatically during the second wave. Recently an outbreak at the Mississauga Canada Post facility involved over 212 workers testing positive. Toronto Public Health has reported that there have been 282 workplace outbreaks in Toronto alone. Workers, especially those who work for temporary agencies, are highly racialized with no paid sick days, low wages and no benefits. If your family lives paycheck to paycheck and you don’t have paid sick days, you are more likely to ignore early symptoms of COVID so that you’ll be able to buy groceries or pay your rent. Never has the case for ten paid sick days been stronger. The City of Toronto, Toronto Public Health, the science table advising the Province on their pandemic strategy and others have agreed with the demand from the Worker’s Action Centre for ten paid sick days. Yet still the Province refuses; they would rather support their corporate friends who don’t want to fork out money to keep their workplaces safe and their workers alive.

The Province has promised that they will strengthen enforcement through the Ministry of Labour to ensure that those workplaces that remain open under the lockdown (which in many cases is on the basis of self-identification as “essential”) are safe. Is this another empty promise? The Toronto Star reported that between March and mid-December last year, the ministry issued just two fines for COVID-19 violations – and one of them was to a worker. To really get the pandemic and community spread under control, we need a rigorous system of identifying what businesses are actually essential, enforcing safety measures through inspections and stiff penalties, ensuring that all workers have paid sick days and those that are displaced by closures have adequate compensation. In order for lockdowns to work effectively, they must be real lockdowns and working people told to stay home can’t be worrying about basics such as food or rent.

In January, the Ontario government issued an emergency order that temporarily halted the enforcement of residential evictions – not until the pandemic was over but only for the duration of the declaration of emergency. Eviction hearings continue at the Landlord and Tenant Board (LTB), only the enforcement of them will be halted. The LTB is grossly biased in favour of landlords, with on-line hearings taking on farcical proportions. Thousands of households are at risk of eviction in the pandemic as people have lost their jobs, had shifts reduced or have had to take leaves to manage child care. Thousands of people have already been evicted and are forced into shelters or to set up encampments. The Province and their municipal counterparts have done little to help the homeless. Shelters are hotbeds of virus spread, disrespect and overcrowding. Many feel safer in encampments but are continually harassed by police who confiscate their tents and property over and over again. Many activists have provided creative measures to help those in encampments – tiny shelters and insulated domes – only to have them stolen by municipal officials who say they are ‘unsafe.’ It is the thousands of people who remain homeless who are unsafe as all levels of government twiddle their thumbs instead of stopping evictions and providing safe emergency shelters and adequate rent-geared-to income housing.

Canada and Ontario’s strategy from the beginning has not been the eradication of COVID, but to “flatten the curve”. Essentially this meant that the goal was to keep the disease at a slow boil so the healthcare system would not spill over  and collapse creating further economic and social crises. Other countries have shown that it was and is possible to stop community spread of the disease, but only by taking swift and decisive action. Countries and jurisdictions that have done well have used policies such as providing free shelter to those testing positive to avoid other family members getting sick, ensuring everyone quarantining has access to food, providing universal income supports to those effected by lockdowns, canceling rent, mortgage and debt payments, and mobilizing mass testing and contact tracing through major expansions of health care. Most of these policies were not on the table as neoliberal ideology constrained politicians’ imaginations at both the federal and provincial level.

Short of socialism, what does the Ontario working-class need to survive the pandemic with dignity? We need an escalating campaign of mass action. We need the labour movement to step up and lead a common front of trade unions, Indigenous, Black and racialized people, women and gender oppressed folk, students, unemployed workers, tenants and all others who are objectively opposed to the Conservative government’s ongoing inability to meet the peoples’ health and economic needs. The Communist Party of Canada (Ontario) demands the following immediate measures to deal with the current health crisis: 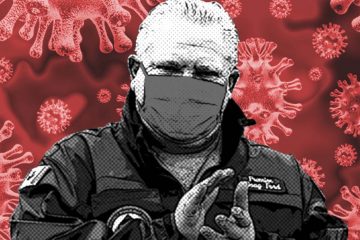 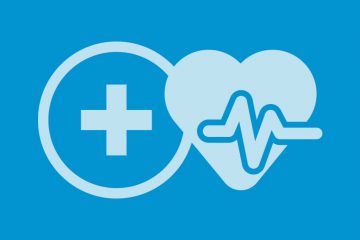 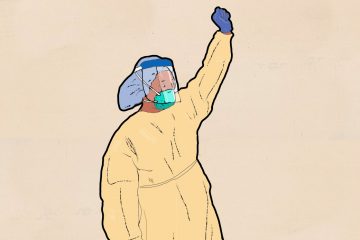 Last week the Premier’s own health advisors said a stay-at-home order was necessary to bring the third wave under control. The government has again failed to act. Ford’s continued failures are deliberate and a result Read more…