The CPC(O) meeting was held against a backdrop of the highest provincial unemployment rate in Canada outside the Atlantic region, and youth unemployment as the highest in the country. The deepening jobs crisis has been exacerbated by several recent announcements of plant closures. Among the high profile closures are Heinz (740 jobs), Kellogg’s (500 jobs), automotive supplier Faurecia SA (650 jobs), and US Steel. END_OF_DOCUMENT_TOKEN_TO_BE_REPLACED 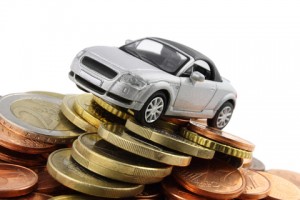 Young drivers and taxi fleet drivers in Ontario are among those hardest hit by greedy auto insurance companies. Instead of paying premiums based on their records, these drivers pay the highest premiums in the province.

The insurance companies write their own ticket in Ontario. Their 2012 profits of $4.4 billion (up 24% from 2011) are testament to their greed.

No fault insurance, brought in by the Ontario Liberals in 2010 to bring down sky‑high premiums affecting all drivers, slashed benefits in half, while reducing premiums by a fraction. Accident victims are paying the highest price, with many forced to sue their own insurers for the benefits they need and thought they had. END_OF_DOCUMENT_TOKEN_TO_BE_REPLACED

Responding to co‑host Amanda Lang’s summary of an new report by Oxfam which notes that the 85 richest people on the planet have as much wealth as the poorest 3.5 billion people, O’Leary said: “It’s fantastic. And this is a great thing because it inspires everybody, gets them motivation to look up to the one per cent and say, `I want to become one of those people, I want to fight to the get up to the top.’ This is fantastic news and of course I applaud it. What could be wrong with this?” END_OF_DOCUMENT_TOKEN_TO_BE_REPLACED

Under the slogan, “Fair Wages Now”, and “You deserve a raise”, the campaign has been successful in organizing days of actions around different themes on the 14th of every month, in dozens of communities, for the past several months. END_OF_DOCUMENT_TOKEN_TO_BE_REPLACED