Ontario Communists condemn ongoing US campaign to destabilize Cuba; Demand an end to the blockade

Delegates to the 31st Ontario Convention of the Communist Party of Canada united in their condemnation of the ongoing US campaign to destabilize Cuba. They unanimously agreed to demand an end to the US blockade which is strangling the country and creating undue hardship.

Delegates were scathing about the opinion piece that was written by Jaime Suchlicki, a retired academic, in the Miami Herald on the eve of their Convention that called specifically for the provision of “military training and weapons” to opposition forces in Cuba. It would seem the author forgot the history lesson provided by the failed US invasion at the Bay of Pigs in 1961 which, according to Che Guevara, only strengthened the Cuban peoples’ resolve to defend their revolution.

Despite Cuba’s counterrevolutionary groups receiving US funding, they have failed to grow any support for their movement, which purport that the Cuban government is somehow blocking humanitarian aid during the COVID-19 pandemic and related economic crisis. The truth is that while the blockade prevented Cuba from receiving PPE, ventilators, COVID tests and other medical aid, Cuba has developed several effective vaccines, maintained one of the lowest COVID fatality rates in the world and has sent thousands of doctors and nurses to dozens of countries around the world. The Communist Party of Ontario, meeting in Convention, extends its full solidarity to the Cuban people and commits to redouble their efforts to denounce US intervention in Cuba and the immoral and illegal blockade, and to continue to build solidarity for the Cuban revolution. 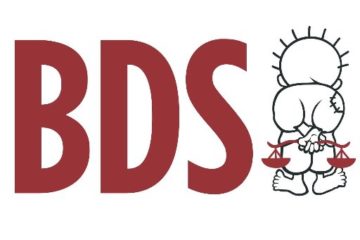 The Communist Party of Canada (Ontario) condemns the Niagara Region Municipality’s resolution condemning Boycott, Divestment, and Sanctions (BDS) against Israel as racist. The BDS campaign is targeted at those who are complicit with Israel’s human Read more…