WHEREAS the shop steward of Ontario Public Service Employees Union (OPSEU) Local 217, a key union activist, was laid off by the Niagara Peninsula Conservation Authority (NPCA) on Valentine’s Day, 2017; and

WHEREAS the shop steward’s job was maintaining publicly accessible maps and data, which is key information for tracking protected wetlands at Thundering Waters Forest, the site of Paradise, a $1 billion private development project which includes luxury housing at a time when Niagara and Ontario have a housing crisis; and

WHEREAS large public protests as well information pickets by OPSEU Local 217 have taken place over problems with the NPCA’s governance; and

WHEREAS the NPCA’s 2014 Annual Report claims its legislated mandate is to “to manage our watershed’s natural resources by balancing environmental, community and economic needs” (pg. 3) whereas the Conservation Authorities Act of 1990 in fact states in Section 20 “the objects of an authority are to establish and undertake, in the area over which it has jurisdiction, a program designed to further the conservation, restoration, development and management of natural resources other than gas, oil, coal and minerals.”, i.e. the NPCA has erroneously put economic needs (private profit) on par with people and nature in its mandate; and

WHEREAS the NPCA is currently suing a local activist for defamation for $100,000 for distributing a report critical of the NPCA, demanding among other things that the activist identify all those who authored the report;

THEREFORE BE IT RESOLVED THAT the Communist Party of Canada (Ontario) calls on the NPCA to re-instate the OPSEU Local 217 shop steward to her mapping and data duties without reduction from before the Valentine’s Day layoff; and

THEREFORE BE IT FURTHER RESOLVED THAT the Communist Party of Canada (Ontario) calls on the NPCA to withdraw the lawsuit against the activist it is suing; and

THEREFORE BE IT FURTHER RESOLVED THAT the Communist Party of Canada (Ontario) calls on the Ontario government to take over the NPCA and put it under accountable and transparent governance which puts nature and people first, ahead of private profits. 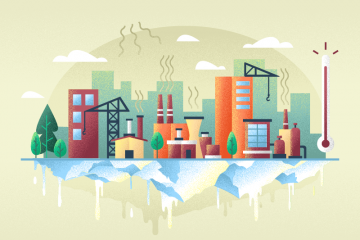 Time to reverse Ford’s climate killing policies  Fight for action for environmental justice and jobs! Ontario and the planet are in the midst of a massive climate and environmental crisis.  The effects of this include Read more…