The Communist Party of Canada (Ontario) supports the struggle of Foodsters United – food delivery couriers who work for Foodora. These gig economy workers are waging a battle against their employer who declared bankruptcy and announced the shutdown of their Canadian operations as of May 11.

The Canadian Union of Postal Workers (CUPW) helped to organize Foodsters United and they won a landmark court decision that recognized the couriers as employees as opposed to independent contractors.  This victory is an important step forward that will assist in the unionization of other gig economy workers – including those who work for app-driven employers.

The timing of Foodora’s declaration of bankruptcy during the Covid-19 pandemic rings hollow. Their parent company, Delivery Hero, based in Berlin, has seen an unprecedented rise in income and is the world’s leading food delivery platform. Foodora had the exclusive contract with the Liquor Control Board of Ontario to deliver alcohol, which in times of social isolation, would be very lucrative. Foodora simply didn’t want to deal with the potential unionization of its workers – elevating them to the union-busting heights of Walmart and Target who have used similar tactics to avoid unionization.

Ontario’s lax bankruptcy laws have left the Foodora couriers with nothing. The company leaves the country without paying lost wages or severance or even the taxes they owe. Legislation currently ensures that workers are the last ones to be paid – transferring profits from workers’ surplus labour to corporate shareholders.

Foodora workers are not eligible for Employment Insurance as they have no Record of Employment (they were deemed independent contractors.) They also have trouble qualifying for the $2000 that the Canada Emergency Support Benefit (CERB) provides. We encourage people to support these workers through the hardship fund that they have set up here.

Foodora bosses are also trying to send a message to workers that if you join a union you won’t have a job at the end of the day. We must fight this ideology of the bosses, who collaborate with each other in their anti-union behaviour. The pandemic has worsened conditions for most front-line workers. Millions are now unemployed, unsafe work is rampant and workers are dying in healthcare, meat-packing plants and in grocery stores. We need unions now more than ever. A solidarity campaign to support Foodsters United is the first step to build a militant labour movement to win the fight for worker’s rights. 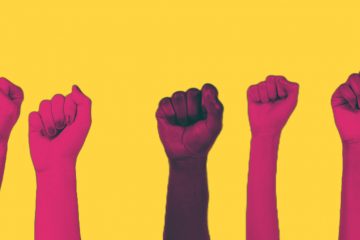