The climate crisis is a cross-class issue, in the sense that it jeopardizes the existence of all peoples and other forms of life. However, it is also clearly a class issue in the sense that capitalist expansion over many decades is the driving force behind climate-changing carbon emissions and general environmental devastation.

In Ontario, the Doug Ford Conservatives have moved quickly to gut already inadequate environmental and climate programs, in order to open the province to vastly increased corporate access, development, and profit. As part of his “first 100 days” Ford cancelled all provincial climate change plans including cap-and-trade, home and small business energy retrofit programs and the Greenhouse Gas Reduction Fund. His government removed the requirement that carbon emissions targets be set in law and cancelled over 750 renewable energy projects throughout Ontario, including decommissioning the nearly completed White Pines wind turbine project in Prince Edward County.

In the summer, the Conservatives moved to “modernize” Ontario’s environmental protections by changing the Endangered Species Act and Environmental Assessment Act, to minimize monitoring of and control over the environmental impacts of development projects. These changes allow corporations in the areas of housing, resource extraction, and associated infrastructure nearly free rein to make huge profits at the expense of endangered species, clean water, and safe soil.

Beyond Ontario, Ford has allied himself with right-wing premiers in western resource-based provinces in calling for immediate pipeline construction to benefit the tar sands, and in opposing even tepid, business friendly federal climate programs such as Justin Trudeau’s carbon tax.

Hand in hand with environmental destruction is trampling of Indigenous rights and communities. During the provincial election, Ford declared that he would “drive the bulldozer himself” to fast-track the Ring of Fire mining development in Northern Ontario. This project is based on Indigenous lands and has faced opposition from a number of First Nation communities. The Conservatives have also repealed the Far North Act, which provided a framework for involvement of First Nations in economic development in Northern Ontario. Ford has made it clear that he intends to push Indigenous rights aside in his pursuit of increased corporate profit.

Regular global climate actions are being planned. In November, 130 actions were organized in communities throughout Ontario.

The Ontario Provincial Committee of the Communist Party of Canada supports these climate actions and encourages all labour and progressive organizations to mobilize for them. An escalating action plan, that includes building toward political strikes, is critical to forcing governments to intervene decisively to halt and reverse the climate crisis and environmental destruction.

The Communist Party calls for a comprehensive green economic plan, based around public ownership and including the following:

The Communist Party also calls for recognition of Indigenous sovereignty, full implementation of the United Nations Declaration on the Rights of Indigenous Peoples at federal and provincial levels, and the immediate cleanup of poisoned Indigenous land and water and compensation for families.

Time to reverse Ford’s climate killing policies  Fight for action for environmental justice and jobs! Ontario and the planet are in the midst of a massive climate and environmental crisis.  The effects of this include Read more… 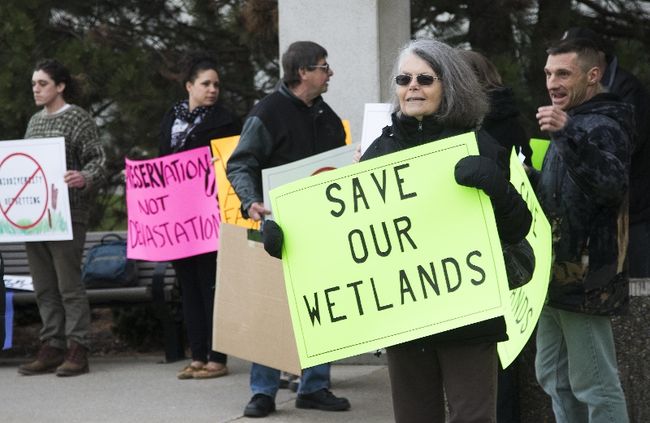